The following article was originally posted on my Quotes and Wisdom from the Top of the Mind newsletter and the response extremely positive with many readers suggesting that we add it to the Articles section of the site so that others may benefit.

“Courage isn’t the absence of fear, but the decision that what we want is more important than what we are afraid of.“
– Bill Crawford 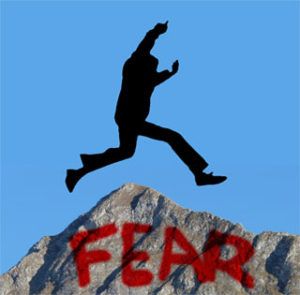 In lieu of the traditional “quote and comment” this week, I thought I would write a few words about a procedure I recently had done with the hopes that this information might be of value to others who may be considering a colonoscopy, but have put it off due to their concerns about the experience. I probably should start by letting you know that I am a 57-year-old male who has had no symptoms that might indicate any problems in that area, but who does have a family history of cancer of all types (both of my parents died of cancer within about six months of each other when I was 21 years old).

Like many others, I have been told that having a colonoscopy would be a good idea for quite some time and . . . like many others, I had “just never gotten around to making it happen.” I am a person who believes in best practices, preventive medicine, and taking the advice we would give others, however, and thus with my wife’s encouragement, I finally began to research some of the physicians that were accepted by my medical insurance. After locating a doctor who specialized in these procedures and had a 5 out of 5 “patient satisfaction” rating on healthgrades.com, I began talking to friends and looking on the internet to see what others had experienced with respect to their colonoscopy. Here I found both a wealth of valuable information, as well as a few horror stories that made my skin crawl. Because I am not a big fan of horror stories, however, I decided to focus on the valuable information and do whatever I could to make the experience as comfortable as possible.

The first aspect of the procedure (and what almost everyone says is the most difficult) is the preparation which generally consists of being on a liquid diet for at least a day before the procedure. This, and the laxatives prescribed allow for the “cleaning out of the colon” (diarrhea) so that the doctor can accurately locate, and if necessary, remove any “polyps” or pre-cancerous growths.

In the not-too-distant past, this preparation included drinking very large amounts (up to a gallon) of what I understand to be a rather thick liquid laxative which many people reported to be almost intolerable. In fact, the nurse at Dr. Keith Fiman’s office said that when he (Dr. Fiman) had a colonoscopy, he had to drink this concoction, and reportedly swore he would never make his patients endure this. Instead, he prescribed two 1.5 ounce doses of FLEET PHOSPHO-SODA (actually it was an over-the-counter purchase) which turned out to be very tolerable.

Below are my recommendations for a colonoscopy experience of maximum comfort and minimum inconvenience:

Bottom line, with research and preparation, this experience was nowhere near the uncomfortable ordeal I had feared. Instead, it was minimally inconvenient, and certainly worth the peace of mind I now have about the health of my colon. Basically, I decided that what I wanted was more important than what I was afraid of, and this decision allowed me to move forward in a proactive manner, and I’m very glad I did.

My hopes are that this recounting of my experience will give you or anyone you know information and motivation to do the same, or, as another of my favorite quotes says: “Worrying does not empty tomorrow of its troubles, It empties today of its strength.” Here’s to a choice that moves past worry and instead embraces the strength we need to face our fears and take care of ourselves in a way we would take care of someone we loved.