Dr. Bill Gets “Tested” in Greece 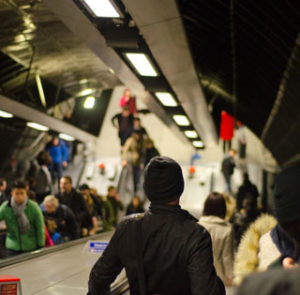 As I choose this quote and compose my thoughts for our weekly connection, I am flying home from a 16-day vacation with my wife and two sons. We visited Paris for two nights and then spent two wonderful weeks in Greece, which was the birthplace of my wife’s father, and thus an opportunity to help our two teenage sons connect with their Greek heritage. In fact, not only was the trip a great chance to see some fabulous sites, it was equally as valuable because of the manner in which it gave our family an opportunity to enjoy each other’s company in a focused way we don’t often do when we are at home.

Yes, the trip was almost perfect. I say almost because on our next to last day in Greece, while riding from the port of Piraeus to Athens (packed into a metro subway car) amongst other travelers returning from the islands, I had my wallet stolen by a group of professional pickpockets. It happened when we were getting off at our stop. As I mentioned, the car was rather crowded and we had our luggage with us, and so getting off before the doors closed would have been somewhat cumbersome even under the best of conditions, especially given that we were trying to get off while others were trying to get on.

My wife and two sons made it out fine, but I noticed that those who had just gotten on had blocked my way, and I was going to have to squeeze past them to get off. What I didn’t realize at the time (although in hindsight it seems so obvious) was that my getting blocked in was no accident. This was part of the plan to force me to come in contact with them so I wouldn’t feel them stealing my wallet. My wife sensed the problem, and as I got off, immediately asked me if I had my wallet. I felt my back pocket, and it was indeed gone. A sinking feeling as you might imagine, as it contained my driver’s license and credit cards, along with about $250 in cash.

We got back on the train immediately, and I announced that my wallet had been stolen. My plan was to have the police come and search those in the immediate proximity. Good plan if one could somehow make a policeman appear in the middle of a crowded subway and keep approximately 15 or so people from getting off at the next stop. Soon, however, as the train pulled away from the station, I realized the futility of the situation, and resigned myself to dealing with the consequences.

This was the test, because I began to feel all the emotions one would expect in a situation such as this, shame for not taking better care of my wallet and for keeping it in a place where others could get at it (in other words, I knew better) . . . anger at those who had stolen it, resentment at having to interrupt our family vacation to cancel credit cards and figure out how we were going to make it back home . . . and something else… sort of a sadness that my optimistic philosophy of seeing and expecting the best of others isn’t always based upon reality . . . that there are people out there who spend quite a bit of their lives thinking of ways to steal from others.

Back at the hotel, while my wife was busy canceling the credit cards (she is really good at this sort of thing, and I think wanted to take charge of the situation to ensure that everything was taken care of in the proper way), I began to pay attention to how I was feeling. I realized that this shame, anger, resentment, and sadness was not only doing no good, it was affecting my sense of our vacation in a way that was equally as troublesome. Therefore, given that what I do for a living and a life is to help people become more influential in how they think and feel about life (especially those negative aspects that crop up from time to time), I decided that I should begin practicing what I preach.

For those of you who are familiar with my “Top of the Mind” philosophy, you will not be surprised to hear that this practice came in the form of recognizing that my thoughts and feelings were coming from the lower 20% of my brain (my brainstem) and therefore the first thing to do was to have my neocortex begin to regain control. In my models, this begins with the neocortex taking over the act of breathing from the brainstem by taking deep, slow breaths and using each exhale to practice accepting the things I can’t change (the fact that my wallet had been stolen) while summoning the courage to change what I can (how I was thinking and feeling about the incident). Not that my thoughts and feelings weren’t perfectly normal, they were clearly just making the situation worse by coloring my experience of life in a way that was unpleasant, to say the least.

Once I had managed to take three consecutive deep breaths without returning to the thoughts and feelings of the incident (which seemed to take quite a long time, although it was probably no more than two or three minutes), I began to ask myself what I call “neocortex questions” or questions that can only be asked and answered from the upper 80% of the brain. The most powerful of these were, “How important do I want the people who stole my wallet (or even my wallet for that matter) to be in my life?” – “How would I like to respond to this situation if I had a choice (which of course, I did)?” and the one that never fails to bring a sense of clarity to any situation: “If this had happened to someone I love, and they asked me how to handle the residual feelings of shame, anger, resentment, and sadness, what sort of advice would I give them?”

What began to dawn on me was that my being with my family and my continued enjoyment of our vacation, not to mention my peace of mind, were much more important than any act of desperation by frightened people (people who feared that the only way to get by in life was to steal from others) and certainly more important than a series of plastic cards and some cash.

In fact, thanks to careful preparation and contingency planning by my wife, Georgia, it turns out that she not only had a list of all the numbers that needed to be called in case something like this happened, she also had an extra credit card and debit card that we could use immediately (God bless Georgia:-).

Of course, the practical side of the lesson is to always be aware of one’s surroundings (practicing awareness versus worry) and use what you know about pickpockets to keep your valuables safe. The good news is that I have learned this lesson (albeit the hard way) and thus should never find myself in this situation again.

That being said, the lesson that seems more important is the value of making purposeful choices about how we find ourselves reacting to a situation, and using our influence over what we think and feel to practice responding in a way that we would recommend to someone we loved.

The truth is that while people can take our things, they can’t take our peace of mind without our permission and/or our willingness to continue to run the problematic incident over and over in our mind. Put another way, when we can grasp the lesson during, or just after the test, we are much more able to experience the joy of learning and thus the joy of life. Then, we can take the lesson in to the future and thus may never need to take that type of test again. 🙂